If your current vehicle has reached the end of its lifespan and you need to replace it, it's worth opting for a new car rather than a second-hand one. Read on to find out why.

It could save you money in the long run

New cars are usually a lot more expensive than their used counterparts. As such, you may find yourself tempted to opt for the latter in order to save yourself some money.

However, the truth is that investing in a new, high-quality vehicle could save you a considerable amount of cash in the long run.

The reason for this is as follows; a new car's most vital components will be in perfect condition. As such, provided you perform basic maintenance (such as, for example, topping up the engine oil to prevent the moving engine parts from abrading each other), it is extremely unlikely that any major faults will develop during your first few years of owning and driving it.

Because of this, you won't have to incur the (typically very high) costs of purchasing replacement parts and hiring a mechanic to perform repair work.

If on the other hand, you purchase a used car, there is a very good chance that it will develop a defect at some point in the near future, particularly if the previous owner did not bother to carry out routine maintenance work.

If this defect causes the car to break down during a road journey, you would not only having to pay for a tow truck to collect your vehicle but would also have to pay to repair the damaged component. This could end up costing you several hundred dollars (if not more).

As a general rule of thumb, new cars are generally much safer to drive than second-hand ones. There are two reasons for this.

Firstly, new cars often have modern safety features (such as, for example, electronic stability control and automatic emergency braking) that their older counterparts lack. These types of features can drastically reduce your chances of accidentally colliding with another road user or losing control of your vehicle when driving in difficult conditions.

Secondly, as mentioned above, new cars are in excellent condition, with no defects of any kind. This means that, as long as you have your vehicle serviced annually, you won't have to worry about the possibility of a dangerous fault putting your safety at risk when you get behind the wheel.

Conversely, if you buy a used car from a private seller, you have to accept the fact that you could potentially be risking your safety. The reason for this is that a second-hand vehicle could have a serious fault (like worn-out brake rotors that could cause the brakes to fail during a road journey) that the previous owner did not inform you of (because they were either unaware of its existence or because they were desperate to sell the vehicle). 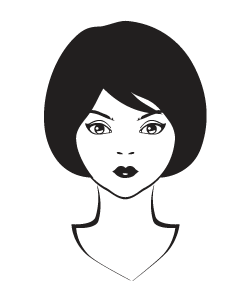 Ever since I was a little boy playing with my toy cars, I have had a need for speed. Now that I am an adult, I enjoy both watching car racing and taking part in amateur racing events. My automotive blog shares ways you can make your own car faster and more responsive. I want to share my thoughts on tyre choices, mechanical modifications and body style changes which all alter the way your car performs. If you have an interest in amateur car racing, you'll find posts about that here. My blog posts get keep your engine racing too!